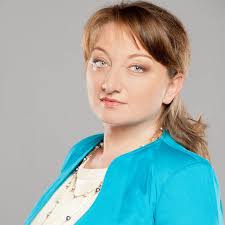 Bulgaria – Deputy-Minister of Education and Science of Bulgaria

Ms Denitsa Sacheva has a master’s degree in public relations from the Faculty of Journalism and Mass Communication at the University of Sofia ‘St. Kliment Ohridski’ and a master’s degree in health management from Prof. Assen Zlatarov University, City of Burgas. She earned a bachelor’s degree in social pedagogy from South-West University ‘Neofit Rilski’, Town of Blagoevgrad. She began her career at the Ministry of Labor and Social Policy, where she held different positions – from a specialist to a head of sector at the National Center for Social Assistance.

In 1999, she took the position of Head of the International Cooperation, European integration and Projects Directorate at the National Health Insurance Fund.

In the period from 1999 until 2001 she was Head of the Cabinet of the Minister of Health, in charge of the relations with international institutions, the International Monetary Fund, the World Bank, and the European Commission.

She served as Deputy Minister of Labor and Social Policy from 2016 to April 2017.

Bulgaria – Deputy-Minister of Education and Science of Bulgaria

Karina Angelieva is a former Counsellor, Head of Sector Education and Research at the Permanent Representation of the Republic of Bulgaria to the EU. She holds Master degrees in European integration and in Contemporary History from Sofia University “St. Kliment Ohridski”. Previous positions held include Director-General of Structural Funds and International Educational Programs at the Bulgarian Ministry of Education and Science and Director of the Joint Innovation Centre at the Bulgarian Academy of Sciences (JIC – BAS). Ms. Angelieva is a founder of the Club of Young Scientists in Bulgaria and has been in charge of the coordination of National contact points’ network for the EU Framework Program for Research and Innovation for 10 years. On 1 of September she was appointed a Deputy Minister of Education and Science of Bulgaria.

Karina Angelieva is a longtime expert in the field of research and innovation, including the coordination, preparation and management of projects related to the development and deployment of new applications and services in the field of technology transfer, inter-sectoral partnership “industry-academy” and others. As a former director of the JIC at the Bulgarian Academy of Sciences, she led the innovation policy of the Academy and contributed to the establishment of an effective cooperation between BAS and the industrial sector. She also guided the participation of JIC in the Bulgarian consortium of Enterprise Europe Network.

Bulgaria – Deputy mayor for education, culture, religion, youth and sports activities of the Municipality of Sofia 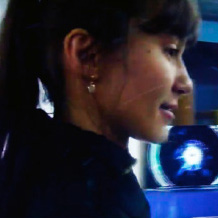 Founder and President of Art & Science research foundation “Re:” and currently working on a chain of interdisciplinary projects with teams of artists and scientist in the quest for the synthesis between Art & Science as natural result of their evolution. Collaborating with Sofia University, National Academy of the Art, Bulgarian Academy of Sciences NGOs and international partners. www.refoundation.net

Dr Cvetana Ivanova is a lecturer at the University of the Arts, London – Central Saint Martins, in MA Applied Imagination in the Creative Industries. She has a PhD in Art Psychology, Thesis “Neuroaesthetics of Emotion and Contemporary Art forms”. Master’s of Arts graduate with experience in creative design and advertising with emphasis on art direction and creative branding. Experience encompasses knowledge of integrated visual and written medium including print, graphics, video, collateral and electronic publishing. A conceptual & research artist with stage and costume design, fashion and graphic design and art direction background evolved in creative director and manager of multidisciplinary teams. 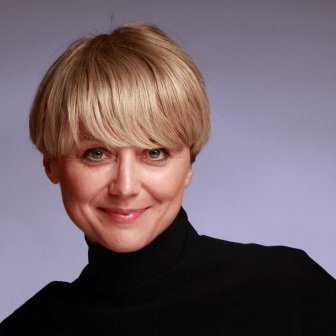 United Kingdom and Croatia –
EU Woman Innovator of the Year 2017

Winner of the 2017 Women Innovators Prize of the European commission. Founder of Stromatolite, Design Innovation Labs in Sweden and UK, building a new generation of incubation and creative technology toolkits for innovation. Founder of Music Tech fest – MTF,  a global community of over 7000 innovators from all backgrounds and areas of expertise –  bring artists and scientists, academia and industry into a common creative space. Michela has established a unique innovation ecosystem, policy context and support structure for radical and disruptive innovation by a wide community of creative developers – rather than taking a single product to market, MTF ecosystem has yielded multiple innovative products and services enabled by her ideas of Open Product, Market Adoption, and Innovation IP, creating a fast track to innovation.

Leadership by communication and enthusiasm: Four times re-elected as President of a renowned university (and still in an upright contract) is evidence for the success of this concept.

Passionate confidence in the power of education and creativity: After almost 35 years of professional experience in higher education I am more than ever convinced that education – and in particular education for creativity –is the basis for individual well-being, societal progress and economic prosperity.

Regarding tradition as challenge and invitation for development

At the Federal Ministry for Higher Education I was responsible for drafting the legislation for major university reforms in that times.
As President of the University of Applied Arts Vienna (UAAV), an institution with a great tradition of almost 150 years, I planned and implemented numerous new programmes in teaching and research:

Ingeborg Reichle is the Founding Chair of the Department of Cross-Disciplinary Strategies and full professor of Media Theory at the Department of Media Theory, University of Applied Arts in Vienna. With her First Semester course The World in Change: Introduction to Societal Transformation Processes and the Second Semester course Critical Reflection on Relevant Global Challenges she introduces CDS students to a comprehensive and wide-ranging perspective on global challenges our societies are facing today. She was a member of the working group, which developed Cross-Disciplinary Strategies in 2016, and is currently a member of the CDS study programme’s advisory board. 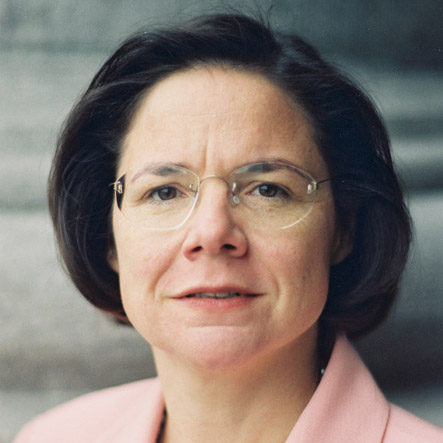 We’re working on the details and will update this section soon.

Cookies
To make this site work properly, we sometimes place small data files called cookies on your device. Most websites do this too.
Accept